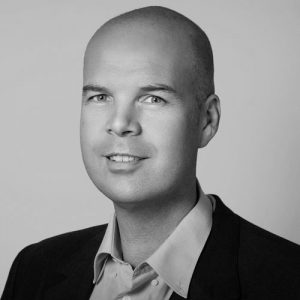 Former professional basketball player between 1984 and 2002, he played in the F.C. Barcelona, ​Joventut Badalona, ​​Panathinaikos de Atenas and Peristeri Athens. International on 156 occasions with the Spanish national team, and Olympic, he holds countless titles and sports awards. However, Ferran Martinez jumped into the business world successfully. He studied programming and computer architecture in Logic Control Academy (Badalona), Financial Analysis and in equity markets (CEF, Barcelona). He has an E-MBA (La Salle, Barcelona), and Saint Mary’s University (San Francisco, EE.UU). After retiring from high competition, he created and lead Sports & Entertainment business units dedicated to the advising and management of high assets of elite athletes in the financial groups UBS, Banco Sabadell, Mirabaud and Andbank. Currently he has specialized in the creation of technological startups, in blockchain, fintech, IoT, or artificial intelligence. He is a founding partner of DeWocracy, Venture Age, EzPays, Globatalent and Olympia, and partner of the companies Entanglement Partners (quantum computing). He has written books on “management”, coaching and finance, and is a lecturer and coach. Linkedin: Ferran Martinez

Member of board of directors of the Government company Andorra Business.

Member of the Advisory Board of APTICC (TIC Professional Association of Catalonia).

Ambassador of the Laureus Foundation.

Executive Person of the month, in the magazine “Esquire”, September 2010, and interviewed as a prominent person in Forbes, Vanity Fair, Business insider or Expansión among others.

Winner the Silver Medal in the Mediterranean Games, Syria 1987 (MVP).

Best player (MVP) of the world championship under-20.